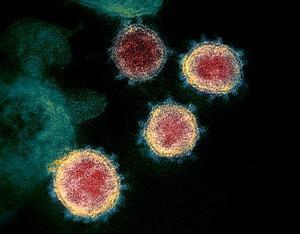 [This article deals with a constantly evolving situation. It was written by Norbert Gleicher, MD, on June 20, 2020 and published on June 22, 2020. For a list of all COVID-19 Bulletins, scroll to the bottom.]

Media reports from all over the world suggest that we may be at the beginning of a second COVID-19 wave, while some epidemiologists/public health experts have suggested that what we are really observing is, still, a continuum of the first wave. As so many times before, the likely truth is that nobody knows for sure what is going on.

Let us, therefore, summarize what is known:

The answer is not as obvious as may appear. Florida was one of the most successful states in initially managing the COVID-19 pandemic, resulting in amazingly low death rates in the state, even though Florida, of course, has a disproportionally old population of retirees. Like anywhere else, testing capacity was in the early days of the pandemic very limited and, appropriately directed toward high risk patients. The median age of patients tested in those days was, therefore in the 60s. Making a quick jump forward to now, testing has become ubiquitous and, consequently, the average age of tested individuals has fallen in Florida into the 30s. This, however, also means that not only many more people are being tested but mostly younger people are tested and found to be infected who, almost exclusively, have only mild disease.

Developments in Texas have followed a similar pattern: hospitalizations due to COVID-19 have, indeed, been climbing but fatalities are down by 40% from a month earlier, based on a recent report, and more than 25% of hospital beds are available. Per The Wall Street Journal (June 18, 2020, PA16), currently, COVID-19 patient occupy in California only 19% of ICU beds, in Texas 11%, in Georgia 10%, in Utah 9%, in Wisconsin 8% and in Florida 7%.

One, therefore, can conclude that, while there likely, indeed, is an uptick in new COVID-19 cases especially in those states that reopened their economies early, exactly because they had been more successful than other states (for example, New York, New Jersey, etc.) in keeping down case numbers and mortality in early stages of the pandemic, but numbers appear quite exaggerated because of increased testing and, mostly, affect lowest risk individuals at young ages with mortality risk of only ca. 0.1%.

Infections in this young, low-risk age category are also not necessarily a bad thing because they raise the immunity rate in the general population, hopefully reaching herd immunity levels sooner (at approximately 60% of the population being immune), when a virus “burns out” for lack of new patient substrate. When it comes to development herd immunity, we, unfortunately, once more face contradictory reports in the literature. On the one hand, recent news has been good in that COVID-19 was demonstrated to induce immunity (though for how long is still unclear). This would mean that, once a level of herd immunity can be reached, that would end the pandemic in a given population/region. Here, however, the reported news has been disappointing. Even in areas with relatively high infection rates (New York City, Sweden), immunity in the general population has reached only inadequate levels in the 20-25% range. We, therefore, are still far away from herd immunity reaching necessary levels to be effective in ending the pandemic.

A final word about the media: Why is the message from the media often so different from the reality we face in the COVID-19 crisis? The answer is multifaceted: Because they can, because they live off sensationalism, because they often are more driven by political ideology than facts but, ultimately, because journalists these days are often ignorant about the subjects they are writing about. Media reporting on medical issues, as we have pointed out in these pages before, has often become outright pathetic and can rarely be believed. This, of course, is too bad because where else is the public to get correct information from?

A little more about COVID-19 models

Readers of this COVID-19 Bulletin from the CHR, likely, already know that we are not big fans of COVID models. They in the past not only have been wrong, they often have been wrong in truly bizarre ways, exaggerating expected adverse outcomes to degrees rarely seen before in medical modelling. Why modelling in this COVID-19 pandemic has been so off the mark, definitely deserves further study because many of the models that were produced by experts to drive policy were far outside of usual error ranges.

The reason why we are raising this subject again is an unsigned editorial in The Wall Street Journal on June 18, 2020 (page A16) which we strongly recommend to our readers who have not read it before. It addresses yet another model from The Institute for Health Metrics and Evaluation at the University of Washington, one of these “authoritative” institutions that published some of above referred to outlandish projection models for the pandemic and warns that these ridiculous models then serve as cues to various media outlets “to start the drumbeat toward another lockdown.” The editorial concludes that, instead of making often mistaken clinical forecasts, these “experts” should focus on the one decisive issue that drove the first lockdown, the burden on hospitals from the COVID-19 pandemic. We fully agree with this conclusion.

As an example the editorial noted that Governor Cuomo locked down New York state in mid-March based on projections by his “experts” that the state would need ca. 140,000 hospital beds and 40,000 intensive care (ICU) beds, the former representing 2-3-times and the latter 10-times the bed numbers at that point available in the state. Above noted forecasters from Washington State, indeed, were relatively restrained in their forecast for the state, predicting only a need for 49,000 regular and 8,000 ICU beds. Yet, to demonstrate the absurdity of modeling used in making crucially important policy decisions in New York state, though the by-far hardest hit state in the country, hospital bed utilization never exceeded 18,825 and ICU utilization 5,225 (a peak was reached in mid-April). Since then, per that editorial, hospitalizations for COVID-19 in NYC have fallen by 94%, resulting in 29% of hospital beds and 34% of ICU beds now being unoccupied. It is also worthwhile to remember (not noted in the editorial) that on the advice of his “experts” advisors, Governor Cuomo also demanded 40,000 ventilators from the federal government (he got 1,000) and thousands of additional beds (he got 4,000 in the Javits center and another 1,000 on a Navi Ship in the harbor, both location hardly used and taken down within weeks).

While the media foster fear about the economic reopening because of increasing COVID-19 numbers in Arizona, 59% of the state’s emergency beds and 17% of its ICI beds are unoccupied. The picture in other states is not different. A model from the famous Massachusetts General Hospital of Harvard University in Boston predicted, though hard to even imagine, not less than 23,000 deaths within one month from reopening the economy in the state of Georgia. The state in that time period ended up with 896 deaths, representing 3.9% of the original model estimate. Simply ridiculous!