CONFLICT STATEMENT: Readers of this article should be aware that CHR and CHR investigators have applied for an U.S. patent, claiming here described effects of DHEA and of other androgens on female sexual dysfunction in premenopausal women. If awarded, the patent will be exclusively licensed to Fertility Nutraceuticals, LLC, the same company that also currently holds licenses of other DHEA/androgen-related patents CHR and CHR investigators earned over the years for treatment of female infertility. In case this patent is awarded, Drs. Kushnir, Barad and Gleicher as well as CHR, as co-inventors, will receive financial benefits from that company. Dr. Gleicher is also a shareholder in Fertility Nutraceuticals, LLC and serves on its Board.

Readers of these pages will recall that CHR investigator recently published a study in the medical endocrinology literature, in which they demonstrated that DHEA in premenopausal women to highly significant degrees improved almost all aspects of sexual health, from sexual desire to even pelvic pain though to a lesser degree [Kushnir et al., Endocrine 2019; 63(3):632-638]. The study was conducted using the Female Sexual Function Index (FSFI), a widely used questionnaire to assess female sexual dysfunction in a variety of forms.

The study was unique for a number of reasons:

DHEA significantly improved libido, desire, arousal, orgasm and other aspects of sexual health, particularly in women with low baseline satisfaction scores. The graph above depicts the improvements in women with the lowest satisfaction before the study.

That androgen supplementation alleviates sexual dysfunction in postmenopausal women has been known for some time and the Food and Drug Administration (FDA) recently even approved a DHEA product for treatment of selective symptoms in postmenopausal women. That DHEA, by converting in the body to testosterone, is also so effective in premenopausal women has not been known before. CHR and CHR’s investigators, therefore, filed for a U.S. patent, once the study’s very significant results became apparent. Moreover, Fertility Nutraceuticals, LLC, a company CHR has a long-standing development relationship with for a number of fertility-related nutraceuticals, just launched a new product, called VIVO, specifically geared at premenopausal women with HSDD symptoms.

VIVO is a DHEA product which, like Fertinatal® DHEA for infertility, is given to raise testosterone. Since our bodies make testosterone from DHEA, this is the most physiological way to supplement low testosterone levels. Dosing is identical to DHEA fertility usages, expected side effects are also identical (discussed in detail in this article or on this DHEA side effects page). In the U.S., DHEA is considered a dietary supplement and does not require a prescription. However, as noted elsewhere in this issue of the VOICE, since DHEA is a natural hormone in our bodies, CHR considers it as such and, therefore, believes that, like other DHEA products, VIVO should be used for supplementation only under physician supervision.

VIVO for female sexual health is available from vivoforintimacy.com

CHR’s study of DHEA as potential treatment of HSDD used the dosage of 25mg three times daily because this is the dosage usually prescribed to infertile women. Following the CHR study, VIVO was dosed accordingly by the manufacturer. It is, however, entirely possible that dosage requirements may be somewhat variable between patients. Like other products from Fertility Nutraceuticals, LLC, CHR now has VIVO available for purchase in the office. 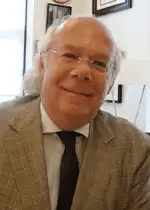