What to do after a failed IVF cycle?

Center for Human Reproduction Blog What to do after a failed IVF cycle? 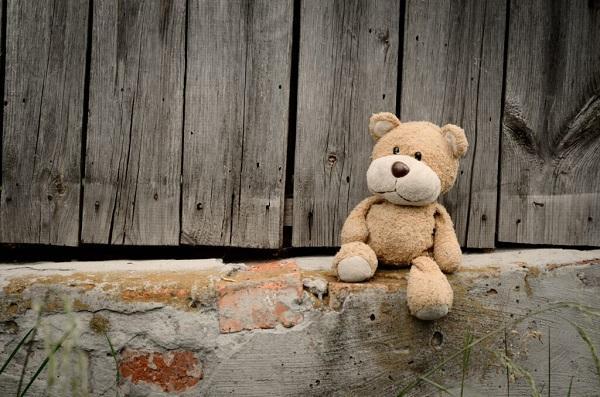 After a failed IVF cycle, ask these questions to figure out what to do next. Photo by Marina Shatskih via Unsplash

The chance of pregnancy in an IVF cycle, of course, depend on many factors. Two often related factors, however, dominate: female age and functional ovarian reserve. Age is by far the most important predictor of success, followed by the number of transferrable embryos, with the latter, of course, declining with advancing female age. Assuming IVF is performed in an average patient population, a good IVF center will on average achieve an ongoing pregnancy rate in the upper 30s and, because of miscarriage, on average a ca. 15% lower live birth rate.

IVF centers, however, do not always serve average, unselected patient populations. Some centers will either by intent or due to other circumstances serve a better-prognosis population and such centers, therefore, should have higher pregnancy and live birth rates. For example, centers that routinely culture all embryos to blastocyst-stage, subconsciously or consciously, select out better-prognosis patients since embryos of poorer prognosis patients often do not make it to blastocyst-stage. This, however, means that these poorer-prognosis patients do not appear in their cycle outcome reports. Such outcome reporting, therefore, is very biased and misleading. Pregnancy and live birth rates, therefore, should not be reported with reference embryo transfer but with reference cycle start (reporting by “intent to treat”). If that for some reason cannot be done (and there are, indeed, circumstances where “by intent” reporting makes little sense), reported cycle outcomes must be clearly defined as “selected.”

Another example of favorable selection is the timing of referrals into third-party egg donation. A center that automatically refers all women above age 42 into egg donation will have a more favorably selected patient population in autologous IVF cycles (IVF with patients’ own eggs) but also in their donor recipient cycles. Assuming all women above age 42 are excluded from autologous cycles, this center will have a younger, and therefore favorably selected, patient population in autologous cycles in comparison to a center that refers women into egg donation only after age 45. The former center will, in addition, also have a younger recipient population in donor cycles, where age is not as important as in autologous cycles but, still, adversely affects cycle outcomes, especially since older recipients have much higher miscarriage rates, even with donor eggs.

Finally, favorable patient selection can also affect young fertility patients. For example, a center that refers every woman with FSH over 10.0 or 12.0 mIU/mL into egg donation (as many IVF centers do) will have a more favorably selected patient population than a center that will treat women with autologous eggs up to FSH 40.0 mIU/mL (as CHR does).

Just as patients consciously or unconsciously can be favorably selected, so can women also be unfavorably selected by IVF centers, for whatever reason, attracting older and/or women with lower functional ovarian reserve in disproportionate numbers. CHR is a good example for this: While the average patient age of IVF cycles in the U.S. over the last decade has remained quite stable at approximately 36 years, the median age of CHR’s patients between 2017-2019 has been 43 years. Moreover, since over 90% of women at CHR have had failed IVF cycles at--often quite a number of--other IVF centers, our center’s patient population demonstrates an additional adverse selection factor, also enhanced by the fact that even younger women at CHR are highly adversely selected because of very low functional ovarian reserve.

Am I at the right IVF center?

You may ask what all of this may have to do with the question asked in the heading of this article? The answer is simple: After every cycle failure, the first question to ask is, am I at the right IVF center?

And, in order to be able to answer this question, one must be aware of the above-outlined principles because, as hopefully well explained, all IVF centers are not the same and reported outcomes by IVF centers are often grossly misleading due to favorable patient selection.

Most IVF centers in the U.S., CHR included, report their IVF cycle outcomes to two national registries, the Centers for Disease Control and Prevention (CDC) and the SART/ASRM registry. Both registries point out in their accompanying comments that comparisons of outcomes between centers are not possible because centers have differing patient populations. You may, therefore, in a reevaluation of your center discover that you are not in the kind of IVF center you had intended to be.

If after asking the question, you are not certain about the answer, consider the option of a second opinion. In that context, it is important to understand that in every field of medicine, there are differences of opinion and even excellent physicians often disagree on what represents the best treatment. Understandably, this can make the decision-making process for patients difficult.

CHR’s Medical Director and Chief Scientist, Norbert Gleicher, MD, in this context always refers to his own experience when, several years ago, he had to undergo an operation at a hospital in NYC, known for special expertise in this surgery. He approached a colleague at that hospital for advice as to who he should choose as his surgeon, and the colleague gave him two names he considered to be the hospital’s best surgeons for this specific operation. He warned Dr. Gleicher, however, that he would get diametrically opposing advice as to which surgical technique should be applied. And this is exactly what happened: Gleicher liked both colleagues and fully trusted both of their recommendations, but, ultimately, he had to choose one to do his surgery.

The decision was a difficult one to make, even for him as a physician. He, therefore, always points out how much more difficult such a decision must be for a medical lay person. A second opinion, however, can never hurt and CHR offers second opinions face to face or as a written report via the Internet. To request one please visit this page.

How did my cycle go?

In many ways, IVF is a unique treatment because there are not many treatments in medicine that more often fail than succeed. That is, however, exactly the case with IVF. Except in donor recipient cycles or highly favorably selected patients, the chance not to be pregnant after an IVF cycle is always greater than the chance of success. This is important to remember when discussing a failed cycle with your physician. Just because you are not pregnant does not mean that something “went wrong” in the cycle.

This is not different from trying to conceive on your own. Even at peak fertility in the 20s, it takes the average couple without fertility problems almost four months on average to conceive. The reason is simple: We are not a very fertile species. Only a small minority of our eggs and embryos are healthy enough to lead to pregnancy and that number, as a percentage of all eggs and embryos, gets smaller as women age.

This, however, does not mean that we do not learn from every IVF cycle. Indeed, every IVF cycle in a good IVF center is viewed as a “diagnostic test” because IVF allows us to see things we, otherwise, can only guess: How many eggs does a woman produce? How do they look? How do they fertilize? How do the embryos look? – and much more. At CHR, every unsuccessful IVF cycle undergoes detailed scrutiny in a weekly conference, in which all physicians, embryologists and clinical coordinators partake. Every last detail is reviewed, and, in a majority of cases, this process will lead to some adjustments in the next cycle of treatment.

An IVF cycle is a highly complex sequence of events and, in order to be successful, we not only require some luck, but we also must be as close as possible to perfection in how a cycle is managed. We accept that we never can reach perfection, but we know that, often, there is a way to get closer.

Does it make sense to continue or should we go on?

Often, this is the most difficult question to answer, especially since most CHR patients had IVF cycles elsewhere before receiving treatment at CHR. As readers of these pages likely already know, the answer to this question is one major point of distinction between CHR and most other IVF centers: We, here at CHR, do not feel qualified to tell our patients how to live their lives. We, however, not only feel qualified, but feel strongly obliged, to present to our patients at any given point of their treatment what their options are and, in a brutally honest way, what their chances of success will be with each of these options. The ultimate decision will, however, always be the patient’s!

CHR patients, therefore, will never hear you must do X or treatment Y is your only chance. There are almost always multiple options in life and what represents a good choice for one person is not necessarily the best choice for somebody else. There is a range of choices available to patients after a failed IVF cycle. They may decide to repeat the cycle or repeat the cycle with some minor adjustments. Alternatively, they may move on to egg-donation or to the use of a gestational carrier. As a leading research center in the IVF arena, CHR also, always, has several clinical trials of experimental treatments running. Patients who qualify are always informed if an opportunity to participate exists. In the end it, however, it is always your choice!