If you are interested in becoming a single mother through fertility treatment, know that CHR supports your decision and is here to serve as a resource for your journey. In this video, Dr. Gleicher explains that all women should see a fertility specialist before trying other methods of getting pregnant on their own.

Topics: Becoming A PatientCHRPregnancy After 40

Hello, I'm Norbert Gleicher MD and I'm the Medical Director here at CHR. I want to talk to you today about single motherhood. And the reason why I want to address this issue is because it represents one of the big trends in today's infertility practice. In principle, we are witnessing two principal trends. The first being an aging of patients in infertility centers-- both female as well as male. But, age has obviously more importance for the female patient because the female patient is born with all of her eggs and those eggs age while the male continuously produces fresh sperm and that makes obviously a big difference. Therefore, Charlie Chaplin could father his latest child in his early 70s and women (pretty automatically) by the mid-forties, no longer can conceive with use of their own eggs or at least without help (medical help that is). Now, this aging of the female population has been going on for quite some time. Indeed, women above age 40 are the only age group in the US where pregnancy rates are still rising. In all other age groups, actually, the birth rates are declining. So, more and more older women are having children and the upper age of women wanting to have children is also constantly going up. Here at CHR, we are serving the oldest patient population-- by far-- of all roughly 500 IVF centers in the U.S. that are reporting annual outcome data to the CDC. Our median age in 2018 was, again, for the second year in a row, 43. This, in comparison to the median age for the general total IVF population in the U.S., which is in the 36-37 year range. What is happening at CHR therefore, in a certain way, is predictive of what is happening to the whole field, just that it is hitting us here at this Center earlier than is observed elsewhere. And besides advancing age of mothers, the second big trend we are seeing is single mothers on purpose trying to conceive with the help of fertility experts like CHR. This is different from, what has been a subject in the medical literature, but also in media and in public discussions for many years, that single motherhood has been a major social problem in this country. But, that kind of single motherhood, usually restricted mostly to lower socioeconomic groups (frequently minorities), is not what we are talking about here. What we are observing at CHR, and I'm sure other centers are seeing as well is that women, usually career women, in midlife (that is in late thirties-forties), being single, decide to become single mothers. And they're usually socio-economically well-off. They hold jobs. They have good incomes. They just decide they haven't met their partner and it is time to become a mother. And this is a situation that we now see every day. There isn't a day here at CHR where we do not see such single women coming by to find out what their options are. And their options, obviously, depend on a number of background issues. First of all, even single women can have infertility. Even single women who are not trying to conceive can have all the classical infertility problems that women who are trying to conceive may encounter. And, therefore, it is very important that single women (before they are jumping at things on their own-- one of the things that we frequently hear is that they have tried to do self insemination, for example. We recommend against that.), like in everybody else who wants to get pregnant and hasn't succeeded in doing so, we believe a first step should be a basic evaluation. Because, for example, should it turn out that the single woman has clogged tubes, it doesn't make sense for her to even try self-inseminating. Besides, sometimes you don't want to establish pregnancies before certain problems are taken care of because it might negatively affect pregnancy. It may increase the chance of miscarriages, etc.. So, point number one-- if you are one of those women who is thinking about becoming a single mom, come and see us or go and see another fertility provider and make sure that you get a solid, basic evaluation. And once that is done and it is confirmed that you have a problem or don't have a problem, usually, two treatment options are open. As long as your fallopian tubes are normal, you have both options available. You can do an insemination at the right timing with the right preparation of your ovaries. Or, you can go into IVF. Those are the principal options for both. Obviously, donor sperm is needed and here at CHR, we do not maintain our own sperm bank, but we work with a number of very reputable sperm banks, and we will gladly help you select the appropriate donor sample. Selecting the appropriate donor sample is also important, especially nowadays where we have the ability of testing parents for certain carrier stages, genetic carrier stages, that are predisposed to certain diseases. Those are mostly recessive diseases and, therefore, the testing means that as long as just one of the parents is a carrier, it doesn't really matter much. But, what we are trying to prevent is that both parents are carriers of the same mutation because that creates a one-in-four (25%) chance of having an affected child. So, to conclude, single motherhood is becoming an increasingly frequent phenomenon. We gladly help you to achieve single motherhood if you feel that that is your best option, but we strongly recommend that before you do anything, come and see us or see one of our colleagues. Thanks for listening. 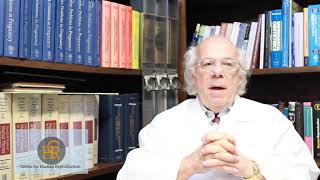 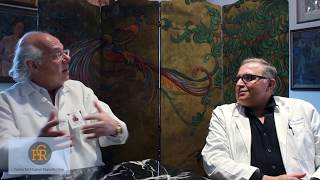 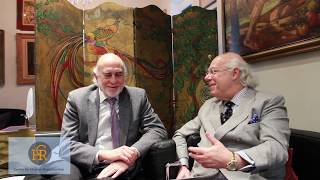 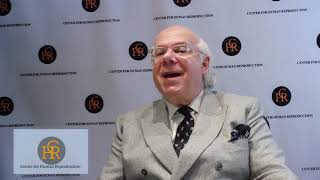