Hormonal factors (particularly anti-mullerian hormone (AMH) and follicle-stimulating hormone (FSH) can be a part of "unexplained infertility," but can be overlooked if the physician doesn't review the values in an age-specific way, says Dr. David H Barad.

In CHR we’ve been focusing over the last several years on occult ovarian problems and there’s a couple parameters that we look at to try to understand ovarian reserve. We’re looking at two laboratory tests, the FSH and the AMH. The FHS is follicle stimulating hormone, clearly the hormone which stimulates follicles. AMH stands for Anti-Mullerian Hormone. The name does not make sense in this context, so we just call it AMH. Follicle stimulating hormone levels change as ovarian function changes, they don’t change suddenly. They go up sort of slowly as a woman ages, so there’s a certain level of follicle-stimulating hormone we expect to see when you’re twenty five, when you’re thirty, when you’re thirty five. If you end up having a level when you’re twenty five that would be normal for when you’re thirty-five, then that is not normal for you. It suggests that there’s a subtle change in the way your ovaries are functioning. In a similar way AMH is a measure of how many active follicles you have in your ovaries, that are on deck, ready to come into the next cycle. There are some things that can affect AMH levels, but in general it’s pretty steady and we don’t have to measure on any particular day. A normal level of AMH means you have the normal number of eggs ready to come into the next cycle that we expect you to have for your age. When AMH becomes undetectable it means that you have very few of these follicles left. Usually it doesn’t become undetectable till a woman is in her mid-forties, but if your AMH levels are lower than we expect them to be for your age then that’s another sign that your ovarian reserve is less than we would normally expect it to be. CHR has a long experience of taking care of women who have these sort of function changes in their ovarian reserve. We use particular ways of inducing ovulation, we try to prepare the ovary prior to inducing ovulation with things such as androgen preparations and DHEA. We also encourage our patients to take supplements like Co Q10. We feel that we’re getting better results, better egg production and most importantly higher quality eggs and embryos. Recently we’ve been looking at the androgen profiles in general and we’ve noticed that particular changes in the androgen profiles can reveal themselves, often changes that other people don’t see and you have to look at all these numbers in concert. In the last two months I’ve had three people who came to me after being told by other doctors that they are menopausal due to their FSH being very very high. But, when we looked at their AMH, their AMH was normal and their androgen levels were so low that they were undetectable. It turned out that these people each had some degree of adrenal insufficiency, not enough to make them sick, but enough so that their ovaries were not getting some of the raw material they needed from their adrenal gland in order to function normally. One of these people became pregnant immediately after we started her on some androgen supplementation and the others had ovarian function restored simply by giving them some androgen supplementation. CHR is known to take care of unusual cases so people with rare cases come to us. It just shows you that you have to look more carefully to fully understand what’s going on when you’re dealing with these people. 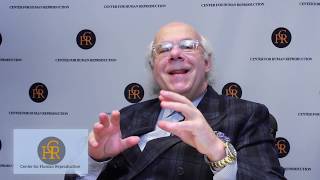 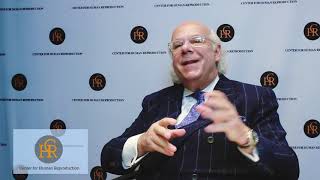 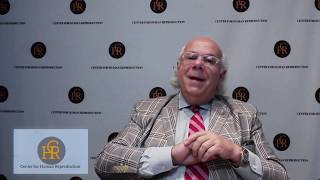 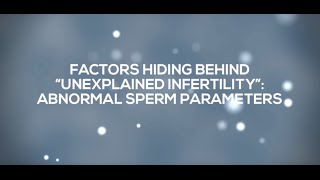 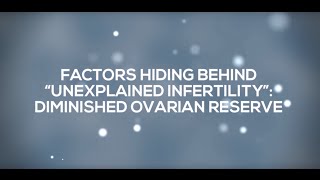 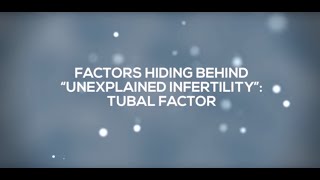 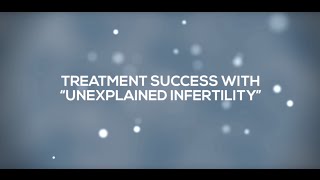 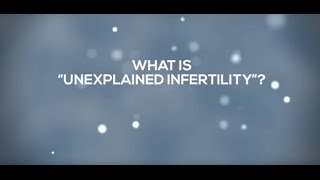 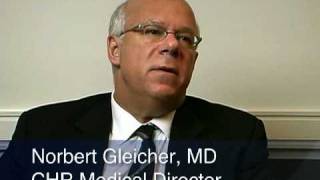