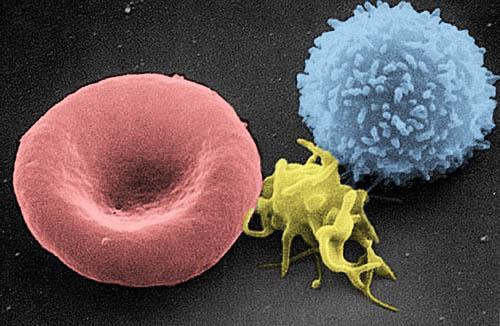 CHR recently announced and registered a third PRP trial. For those who do not recall our prior discussions of PRP (platelet-rich plasma) in these pages, here is a quick reminder: PRP is a fraction of our blood which in many medical fields has been demonstrated to exercise significant biological effects. Its utilization in female infertility started a few years ago, when Greek colleagues for the first time reported that injecting PRP into ovaries may “rejuvenate” their function in women with early menopause.

Unfortunately, however, the little that was published in the infertility literature on the subject was not very convincing because patient selection and study design were not up to expected standards. As is so often the case, several IVF centers, nevertheless, started using such PRP injections as a routine clinical service. We do not know how many centers, as of now, use PRP injections but we suspect that the number is quite substantial. What results are achieved with such injections is, however, still completely unclear since not a single well-designed study with adequate power has been reported up to this point in the medical literature. What has been reported is mostly anecdotal experience on small numbers of patients with poorly defined diagnoses.

The situation was very similar over a year ago, when CHR announced its first PRP trial. Because PRP was first alleged to be effective in women with early menopause, a condition called premature ovarian failure (POF) or primary ovarian insufficiency (POI), our PRP I study was on women with POF/POI. This study is still ongoing and, hopefully, will have accumulated enough patients by year-end to publish an initial report. Once that is accomplished, this will be the first report on well-defined POF/POI patients in the literature because many patients previously reported as such did not really fulfill the diagnostic criteria for this diagnosis, which is menopausal FSH levels (> 40.0 mIU/mL) before age 40 with loss of menses.

It is too early to comment on this trial, though one thing we can already announce: PRP in some POF/POI patients clearly produces eggs and even embryos. To be honest, we were pleasantly surprised by these findings, even though positive responses are seen in only a relatively small minority of patients. POF/POI is such a severe and mostly undisputable diagnosis that even responses in relatively few patients must be viewed as small miracles. One of the patients we, for example, saw responding was for over 10 years in menopause after chemotherapy for cancer. As noted above, we are still seeking a relatively small number of women with clear POF/POI diagnosis to reach a large enough a study size to be able to make statistically valid statements on PRP injections by year’s end.

Our PRP II study was initiated a few months later, once we discovered a significant demand for a PRP trial in women with early menopause and/or complete failure to respond to ovarian stimulation in IVF, which usually means that their ovaries prematurely no longer respond to fertility drugs (i.e., before age 51, which is the average age of menopause all over the world) but were older than 40 and, therefore, did not qualify for PRP I. Interestingly, we were able to recruit more women into PRP II than PRP I so far but, because this study does not have a control population, it will need a much larger patient number to offer interpretable results. What we can say is like our PRP-I experience: In some women we, clearly, do get responses from ovaries in IVF cycles, where previously we had none, but it is too early to state how big this response is.

Which brings us to PRP III, our third PRP trial. Here, we for the first time investigate women who still do produce eggs in IVF cycles but at insufficient numbers. In other words, this is the first study where the question is no longer, can we get eggs in women who previously produced none, but can we improve egg and embryo numbers and, therefore, likely pregnancy chances in women who produce only very few eggs? Since PRP III was started only weeks ago, our experience with this study is still very small. Because in this study the question is not an “all or nothing” question (eggs yes/no), this study is designed as a prospectively randomized study in which women are randomized to PRP injection into both ovaries or injections into both ovaries with a different fraction of their blood. Every patient, therefore, has a 50/50 chance of getting either PRP or the other fraction, based on a computer that does the randomization. Women who get the control plasma fraction injected, if they do not conceive in the IVF cycle, then in their next cycle automatically receive the PRP injection. In other words, every participating patient is assured to get PRP within 2 IVF cycles.

Though this sounds like a classical randomized, placebo-controlled study, this is not necessarily what is happening. A placebo is usually an inert treatment on purpose. CHR in this study does not test PRP injections against no treatment because the ovaries are still being punctured. Science, indeed, suggests that puncturing of ovaries, by itself, may activate certain pathways in ovaries that may lead to follicular growth. The design of PRP III, therefore, not only tries to elucidate the effects of PRP on ovaries in patients who produce very few eggs but also attempts to differentiate the effects of needling the ovaries and the effects of PRP. This trial, therefore, offers the distinct possibility that study- as well a control- patients may experience benefits. But we will not know for sure at the earliest until roughly a year from now.

We hope that this update on CHR’s 3 PRP studies demonstrates how seriously CHR is pursuing the subject of PRP treatments. As noted, we initially were quite skeptical when we announced PRP I, but we have since become very convinced that PRP does represent an effective treatment for at least some women who otherwise have no other choice but donor eggs. Important questions CHR’s investigators now, however, still face are: (i) Can we in advance determine who may have a better or poorer chances with PRP treatments? (ii) For those who may benefit, what will their numerical chances be? (iii) What is, ultimately, the physiological mechanism that leads to improved ovarian function after PRP?