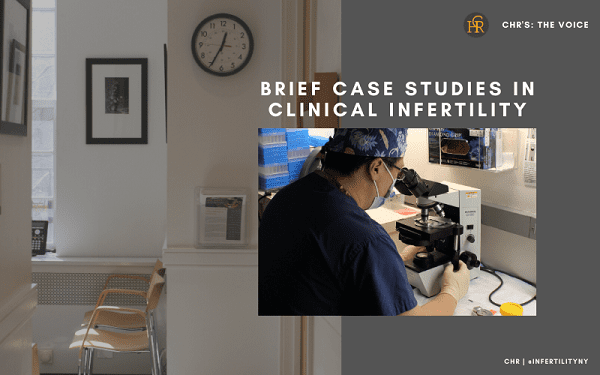 Is there a place for DHEA and CoQ10 in women undergoing “planned” egg-freezing?

At CHR, women undergoing egg-freeing cycles undergo a very similar diagnostic work-up before cycle start as women who are in regular IVF cycles. Therefore, the kind of ovarian stimulation a woman undergoing egg-freezing will receive, is equally dependent on what her testing demonstrates. If she is found to demonstrate low functional ovarian reserve (as determined by FSH and AMH values), she will be pretreated with DHEA (25mg TID) and CoQ10 (ca. 1000mg daily) for approximately 6 weeks prior to cycle start and throughout the cycle. If the functional ovarian reserve, however, is normal, there is no direct reason to pretreat with either medication, though CoQ10 can never hurt because it “recharges” mitochondria, the cells’ batteries. The mature egg cell is the largest cell in a woman’s body with the greatest number of mitochondria and, therefore, requires the most energy of any cell in the body.

How about DHEA and CoQ10 in egg donors?

The answer is like above circumstance, except that egg donors are usually very carefully selected and candidates with low functional ovarian reserve are usually excluded from being egg-donors. So-called open or “directed” egg-donations, usually from family members or friends, are, however, increasing and in such cases the same principles apply as outlined in the preceding case study.

Why does CHR use CoQ10 at a mega-dosage?

The answer is simple: Human studies regarding the use of CoQ10 hardly exist, especially when it comes to female infertility. Our knowledge about benefits from CoQ10 is, therefore, mostly based on animal work. If one extrapolates from such work, it becomes apparent that an average weight woman requires ca. 1000mg of regular CoQ10 or ca. 600-800mg of Ubiquinol daily, which has slightly higher absorption rates. Studies of sperm quality following CoQ10 supplementation in men are also rare and have usually not included dosage studies. We, therefore, recommend similar dosages for women and men.

Is there a place for anti-inflammatories in fertility treatments of women?

Increasing evidence has been published in recent years to strongly support the hypothesis that evidence of systemic inflammation in blood of infertile women is an adverse predictor of treatment success. Negative effects are associated with 3 observations: (i) Fewer embryo implantations; (ii) increased miscarriages; and (iii) increased third trimester complications in pregnancy, especially premature labor and preeclampsia. CHR, therefore, proactively searches for evidence of systemic inflammation in patients during the initial infertility work-up.

Treatment then depends on the degree of inflammation discovered: If relatively low, patients receive only a “natural” over-the-counter anti-inflammatory called CONFLAM-Forte™, produced by Fertility Nutraceuticals, LLC [COI: CHR is a shareholder in this company] in a dosage of 2-3 capsules daily. Patients with very substantial levels of inflammation and/or outright inflammatory or autoimmune diseases, in addition, receive prescription anti-inflammatories, mostly hydroxychloroquine (Plaquenil) at a dosage of 200-400mg daily. This medication has attracted considerable controversy in conjunction with COVID-19 but has been a mainstay of anti-inflammatory therapy in rheumatology for decades (see also elsewhere in this issue a recent consensus opinion of medical societies on the use of this medication).

Is there a place for anti-inflammatories in chronic endometritis?

The answer to this question is, - maybe. Chronic endometritis is a quite frequent, and often overlooked, condition in female infertility. It is diagnosed through a so-called endometrial biopsy, a very quick and painless office procedure. Obtained tissue is sent to pathology for detection of typical plasma cells in cases of endometritis. Once diagnosed, there is a 50/50 chance that this endometritis is infectious (caused by bacteria) or inflammatory (sterile). Differentiation is only possible through treatment with antibiotics for 2 weeks: If a repeat biopsy no longer demonstrates endometritis, it was infectious; if endometritis is still present, it very likely is inflammatory, in which case the patient requires anti-inflammatory treatment as outlined above. It is important to note that chronic endometritis has nothing to do with intrauterine adhesions (synechiae) or outright Asherman’s syndrome. Neither of these two conditions will benefit from anti-inflammatories.