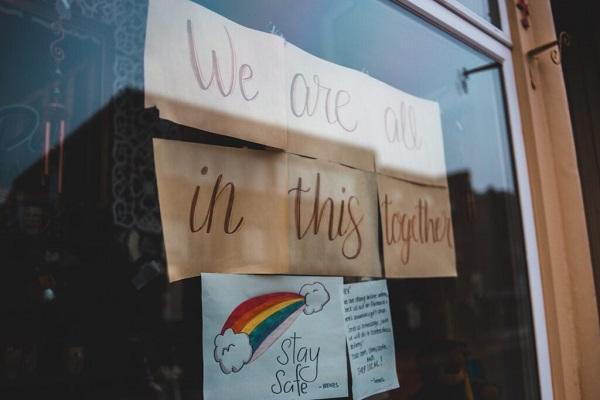 Image by Eric Mclean via Unsplash.

[This article deals with a constantly evolving situation. It was written by Norbert Gleicher, MD, on June 9, 2020 and published on June 10, 2020. For a list of all COVID-19 Bulletins, scroll to the bottom.]

Here goes another COVID-19 myth onto the ever-growing heap of false information we have been exposed to since beginning of the pandemic. But it is not just a secondary issue like wearing face masks going from not_helping to becoming mandatory, or mortality risks going from 3-4% to less than 0.5%. This time, the switch in opinion, as just announced by a senior scientist of the by now rather infamous _World Health Organization (WHO) on June 8 (Maria Van Kerkhove is the WHO’s _technical lead for coronavirus response), contradicts the most basic rational for what became worldwide, including in the U.S., the core-strategy in combating COVID-19. The _WHO scientist based her announcement (later declared not_to be an official opinion of the _WHO) on three recently published studies, suggesting that asymptomatic COVID-19 carriers did not shed virus and, therefore, mostly are not contagious.

Worldwide anti-COVID-19 strategy was mostly based on two widely alleged and related characteristics of the virus that differentiated COVID-19 from its predecessor viruses of earlier COVID outbreaks: (i) As some studies suggested, up to almost half of all COVID-19 infections occurred in individuals who either had no or only minimal symptoms. Yet, what made this virus allegedly unusually contagious was, (ii) that these asymptomatic carriers, nevertheless, were highly contagious, - indeed, could be so-called “super-distributors” of the virus.

Both of these alleged characteristics of COVID-19 not only differed from what was known about other COVID viruses but, basically, contradicted what is known about viral infections in general. Yet, infectious disease and public health experts, like on so many other occasions in how they advised public and governments during this pandemic, for whatever reasons decided to ignore common scientific wisdom and, without real evidence, more less following only their hunches, decided that national economies must be shut down because asymptomatic spreaders, otherwise, could not be prevented from doing their horrible deeds. In other words, the principal reasons why almost all businesses had to close (and most in NYC, at least as of this point, still are closed) was that, since asymptomatic carriers who could spread the infection could not be identified, _everybody _had to self-isolate.

Now comes the WHO-investigator and suggests that all of this is, likely, not true and that asymptomatic carriers only very rarely shed virus and, therefore, in principle are _not_contagious. This then, of course, raises the question why we did not treat COVID-19 virus like other viruses by, in principle, isolating those affected and advising everybody else to stay away from symptomatic individuals with fever, cough or nasal congestion?

The WHO investigator’s findings, of course, ultimately make considerable sense: It does make sense that COVID-19 behaves similar to other COVID viruses. It does make sense that being contagious only starts with or shortly before symptoms appear and not already up to one week before. But COVID-19, as it now turns out, also follows other basic rules of virology: As researchers recently reported, whether an individual gets infected and/or becomes symptomatic depends on the size of the inoculum (amount of virus) she/he is exposed to. To become infected, a certain minimum amount is required; to become severely ill, that amount has to be especially high. These findings are, of course, fully in sync with asymptomatic carriers, who themselves carry only low viral loads, not being very contagious. Risks that an asymptomatic carrier during relative short encounters, even in tight quarters, therefore, will infect third parties, are, consequently, very low.

In parallel, we have over the last 10 days been witnessing a so-called “experiment of nature,” as thousands of protesters in big cities, including in NYC, have largely ignored distancing rules declared by governors all over the country as “essential, “ and, often, also failed to comply with face mask mandates. At least in NYC, these breaches have so-far had absolutely no effects on new COVID-19 cases, hospital admissions and/or deaths. To the contrary, disease rates in NYC have been steadily declining.

All of this, of course, does not mean that high risk populations, including immunocompromissed patients and in general older people, are not at increased risks when catching the virus, must be protected and, themselves must be especially careful in avoiding contact with ill individuals; but that is true for the flu and any other viral infection as well.

The nation, thus, with increasing certainty could have avoided the shutdown that lead, at least on a temporary basis, to over 40 million unemployed and to trillions of dollars in economic damages as well as highly significant unintended social and medical consequences to large numbers of U.S. citizens. In medicine there is a saying that, “there is no shame in not knowing; but there is considerable shame in not knowing when one does not know!” Unfortunately, much of the public health establishment all over the world in this instance did not acknowledge that it really had absolutely no idea how to approach the COVID-19 pandemic and, therefore, simply ended up making things up in making recommendations. For those who have not yet had the opportunity to read CHR’s June newsletter, the CHR VOICE, we recommend in this conjunction the commentary; What does it really mean to “follow science.”

One cannot conclude this subject, however, without a final word about the U.S. press and media in general. Whether in pursuit of readers or clicks, or contaminated by ideological motivations, they have been complicit, even instrumental, in turning the COVID-19 pandemic into political theater. And by doing so, they have been feeding the flames of political discourse by pitting political opponents against each other, rather than searching for the common good in a very bad situation. It is telling that none of the major newspapers reported the WHO scientist’s announcement on its front pages; all listed the statement only relatively briefly in the back pages of their papers. Newspapers and other media, simply, may no longer have a knowledgeable enough writer pools to recognize the gravity of this WHO _announcement. Though intellectual ignorance may have played a role in how most media have been covering the pandemic, the unfortunate truth, however, is that most media outlets never really viewed the COVID-19 pandemic as a medical emergency but, instead, have been viewing is as a political event with potentially grave consequences for the upcoming national elections in early November. Consequentially, COVID-19 policies became either Democrat or Republican and that is certainly _not how viruses’ function.

A LITTLE MORE ON HOW THE MEDIA REPORT ON COVID-19

One day after above noted WHO announcement, The Washington Post reported based on two just published studies that the national shutdown prevented 60 million cases of COVID-19 in the U.S. alone and 285 million in China. Another study by epidemiologists from the now infamous Imperial College in London, UK (where the most exaggerated model of COVID-19 mortality in the U.S. of roughly 2.5 million deaths came from), estimated that shutdowns saved 3.1 million lives in 11 European countries, including a mere 500,000 in the UK. We, as on a number of previous occasions, would like to suggest caution in accepting data as factual that are derived from modelling studies. Even epidemiologists at the Imperial College (and, maybe they especially) should have learned their lesson, one would assume; but making the headlines, of course, is worth almost everything and the Washington Post is, of course, willing to comply in demonstrating how beneficial national lockdowns are. And, on a side note, aren’tWashington Post and Amazon _owned by the same person? And isn’t _Amazon the one U.S. corporation that has most profited from the national shutdown? Just asking!

AND A LITTLE MORE ON “FAKE NEWS” IN MEDICAL JOURNALS

We have previously in these Bulletins addressed the controversy swirling around the drug Hydroxychloroquine in combating COVID-19. We have noted that many of our medical colleagues in internal medicine swear by the drug and that most hospitals and primary care providers routinely prescribe the drug to infected patients. The drug’s wide utilization, at times even resulted in concerns that not enough supply may be available for patients with certain autoimmune diseases, where it has been routine treatment for decades.

Hydroxychloroquine, however, became a political issue when President Trump spoke favorably of the drugs anti-COVID effects and safety and, a few weeks later, announced that he himself had taken the drug prophylactically. Some members of the medical establishment and much of press and media, practically, accused him of heresy because he had expressed a positive opinion about the drug before it even had undergone prospectively randomized studies to confirm its clinical value in this new clinical indication.

CHR currently has no opinions on the utility of this medication in patients with COVID-19 or as a prophylactic agent in preventing the disease. If anything, we have veered from cautiously optimistic to rather more pessimistic after publication of some preliminary data. But this is not the subject of this column: What we here want to report is that two of the most prestigious general medical journals in the world, the New England Journal of Medicine and The Lancet, recently got eggs on their faces after, each, publishing a COVID-19 paper from the same group of authors, both claiming no clinical benefits from the medication and, possibly significant cardiac medical risks. Both medical journals had now to retract those papers because it increasingly appeared likely that the data were simply made up.

Such retractions, of course, happen and fraud in medical publishing, unfortunately, is not a particularly rare event. But what makes both of these retractions unusual is the quality of these two papers, which very clearly did not fulfill the usually extremely stringent criteria for acceptance of manuscripts by these two leading medical journals. One, therefore, has to wonder whether editors and reviewers of both of these journals, which both in recent years have progressively been turning more toward the political left, were not somewhat clouded in their judgments about these two manuscripts, which contradicted the U.S. president’s opinion. Richard Horton, MD, Editor-in-Chief of The Lancet, once before was in deep political waters when publishing a series of articles that were quite hostile to the existence of the State of Israel. It, unfortunately, is getting harder and harder to believe anything we are reading or hearing, whether in media or even in professional literature. Everything these days appears tainted by politics!