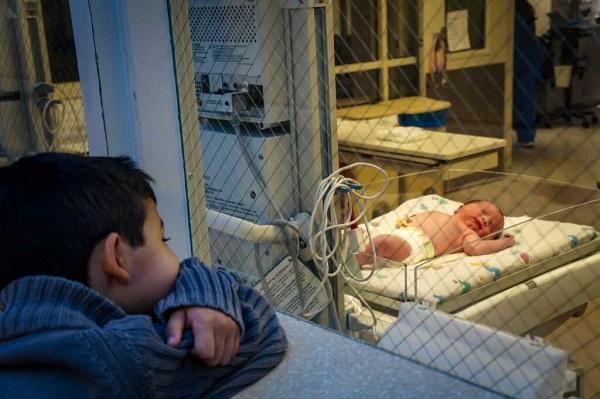 Too many Cesarean sections?

It appears that roughly every 10 years somebody notices that, especially in the developed world, too many Cesarean sections (CS) are being performed. According to CDC, CS rates in U.S. states range between 17.7% and 31%. In other countries like Brazil, the rate is even higher. What CS rates really should be, is a complex issue involving serious medical concerns like fetal wellbeing, pelvic floor damage to mothers from prolonged labor and vaginal pushing, medico-legal concerns of obstetricians (“nobody gets sued for doing a CS but it is easy to get sued for not doing one”) and the mere fact that many women, for a variety of reasons, simply, wish to be delivered by CS.

A recent study, however, added a new argument to the discussion, demonstrating that whether an infant is delivered vaginally or by CS matters for the development of the child’s immune system. The reason is that children delivered vaginally are seeded with a very different microbiome (bacterial population) from their mothers than children delivered by CS who, therefore, later in life are much more susceptible to allergies and asthma. CHR’s Medical Director and Chief Scientist, Norbert Gleicher, MD, made a similar argument already in 2006 when reporting that women with autoimmune diseases demonstrated a strong trend toward having been delivered by CS in comparison to women who did not have autoimmune diseases (Gleicher et al., J Autoimmun 2006;27(3):161-163).

The U.S. Department of Health and Human Services announced in December a new action plan with the goal of reducing maternal mortality, heavily skewed to the disadvantaged and minorities, by 50%; of r**educing the so-called low-risk CS delivery rate by 25%**; and controlling blood pressure better in women of reproductive age, again demonstrating significant racial disparity. The focus will be on rural communities.

In addition, The Joint Commission, the nation’s largest standard-setting accrediting organization in health care, will in 2021 start publicizing cesarean section rates at hospitals since the Commission concluded that, “unnecessary CSs are a proble__m in the U.S..”

CHR has argued for decades that cryopreservation, by definition, must reduce pregnancy chances in IVF. It, indeed, should not even require studies to confirm this conclusion because every logically thinking lay person will, of course, accept the fact that, if eggs or embryos are cryopreserved, there will always be some that will not survive freezing and thawing. That fact alone, proofs that freezing in reproductive medicine always reduces pregnancy chances and, therefore, should be avoided if possible. Considering the fragility of human gametes and embryos, it in addition appears reasonable to assume that even surviving eggs and embryos may incur damage that may affect later pregnancy chances.

It, of course, feels good to be correct; but we are featuring this just-published study because it reemphasizes two points we are constantly emphasizing in our communications: (i) How data are interpreted matters; and (ii) Caution is advised in believing information that comes from industry and other economically interested parties. And, on a side note, the above-featured study also demonstrated no outcome differences in donor egg cycles with the use of PGT-A. So, why spend an additional $5,000 on PGT-A in an already horrendously expensive donor egg cycle?

Cannabis use while trying to conceive A just published study by U.S. investigators from the National Institutes of Health in Bethesda, MD, and the University of Utah, Salt Lake City, UT, for the first time attempted to assess the impact of cannabis use while trying to conceive on the likelihood of conception (“fecundity**,**” Mumford et al., Hum Reprod 2021;doi: 10.1093/humrep/ deaa355). Because of legalization in many states, the cannabis industry in the U.S. has in recent years greatly expanded through medicinal and recreational uses. ACOG has discouraged cannabis use in pregnancy but published data suggest that such use has in the U.S, unsurprisingly, nevertheless greatly increased.

Because of insufficient statistical power due to small numbers of investigated cannabis users, above cited study is insufficient to reach final conclusions on cannabis use during attempts at conception. The study, however, clearly raises concerns about the possibility of reduced fecundity, especially in women who previously experienced pregnancy losses.

CHR strongly recommends against recreational cannabis use while trying to conceive and, certainly, during pregnancy. As will be obvious from the above paragraphs, this recommendation is not based on hard data that demonstrated adverse effects on offspring because such data do not exist. Some concerns on long-term adverse effects on the fetal brain have, however, recently been expressed [Carlier et al., The Drug Monit 2020;42(2):194-204; Slotkin et al., Toxicol Sci 2020;174(2):210-217]. CHR’s recommendation is based on the same precautions the profession recommends for any medication use that is not absolutely required for wellbeing and health during attempts to conceive or in pregnancy.

Likely because males produce fresh semen into advanced ages, male age is not, like female age, with advancing age associated with increasing chromosomal abnormalities in offspring. Increasing male age has, however, been associated with autism risk. What creates this risk and how to quantitate it in individual males is, however, so far not known.

Now comes a study out of Washington State University in Pullman, WA, that suggests that a statistically highly significant set of 805 DNA methylation regions (DMRs) in sperm can, potentially, serve as a biomarker for autism risk in offspring (Garrido et al., Clin Epigenet 2020;13:60). If confirmed in further studies, these observations could lead to the ability to select sperm in older males, thereby reducing autism risks for offspring. 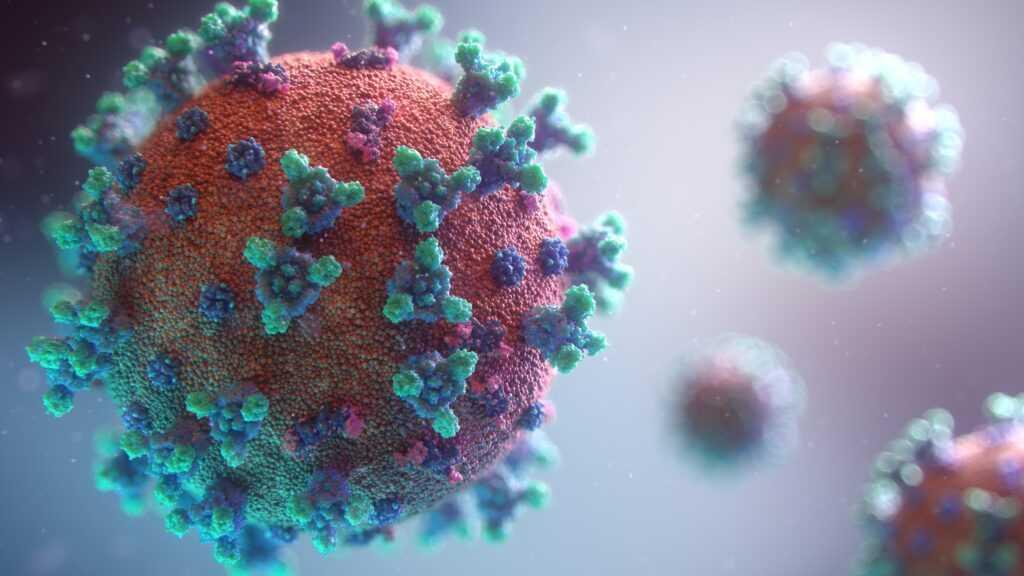 Though science has made considerable strides in understanding why a human embryo (50% genetically distinct from the mother) and, after implantation, the growing fetus, is not rejected by the mother’s immune system (most women would violently reject an organ transplant from their husbands), enough is, still, not known to apply this understanding to organ transplantation. A growing fetus and its growing placenta, indeed, are a perfect example for a highly complex foreign organism in normal pregnancy perfectly tolerated by a maternal immune system for an average of nine months. Assuming we learned to reproduce the immunological changes, pregnancy induces that allow such a degree of tolerance by an explosively growing transplant, medicine could establish perfect tolerance for every solid organ transplant without need for immunosuppression with, at times, quite toxic anti-rejection drugs.

In general, the tolerance that evolves in protecting a pregnancy has been considered “helpful” in other situations where tolerance is needed. For example, autoimmune diseases are considered errors in self-tolerance. Yet, once tolerance of pregnancy is fully established in the mid-trimester of pregnancy, autoimmune diseases usually “improve,” widely understood to mean that the tolerance pathways induced toward the fetal semi-allograft are also helpful for self-tolerance. Similarly, as at the time in detail discussed in THE VOICE, investigators reported several years ago that tolerance pathways induced by certain parasites (their survival being dependent on being immunologically invisible like a pregnancy), also favored reproductive success.

Yet, paradoxically, transplantation medicine has known for some time that prior pregnancies are sensitizing for women who receive organ transplants, increasing their risk of organ rejection.

This contradiction has for the longest time not been understood. Now in early January, investigators from the University of Chicago, however, offered a credible explanation for this paradox. Based on a mouse model, these investigators convincingly demonstrated that in pregnancy the innate maternal T cell response becomes tolerant toward paternal alloantigens, allowing for pregnancy to occur. The adaptive immune response through antibody production, however, becomes sensitized, creating memory B cells that at later stages in life contribute to the rejection of a transplanted organ (Suah AN et al., J Clin Invest 2021;131(1);e140715). The two arms of the immune system, thus, respond differently to the fetal semi-allograft.

These findings are especially interesting because these memory cells, which are obviously harmful for organ transplants, are the same cells that also, as was only recently discovered in researching the SARS-CoV-2 virus, apparently offer a cross-reactive immune response against this virus (see also above, what’s new regarding COVID-19). The authors of the above-described mouse study further suggested that recognition of this bifurcation of the immune response toward paternal alloantigen’s may lead toward the development of treatments that disarm the antibody response that leads to organ rejection. Understanding this bifurcation, may, of course, also possibly lead to new treatments of immunological causes of infertility and pregnancy loss.