COVID-19 Vaccines and Fertility: What Are The Open Questions?

Center for Human Reproduction Blog COVID-19 Vaccines and Fertility: What Are The Open Questions? 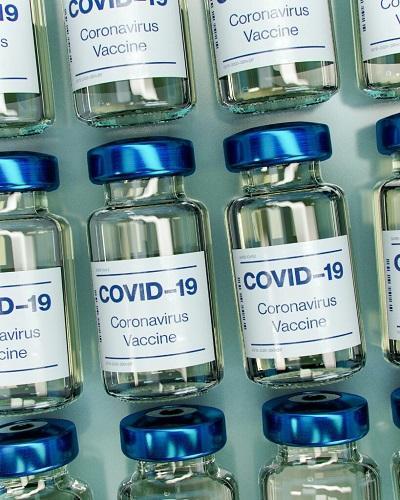 Following the FDA approval this past weekend, vaccinations against the SARS-CoV-2 virus have begun in the U.S. Priority has been correctly assigned to health care providers, first responders and older individuals (males over females) with the highest mortality risk from COVID-19. While many infertility patients will not be included in the first round of vaccinations, additional populations should become eligible quicker than many assume because, if current opinion polls are correct, there may be fewer takers for the vaccine than is anticipated. Here we address several questions regarding the vaccine as it related to our patients and the population at large.

Are the vaccines safe?

Yes, vaccines approved by the FDA can be assumed safe. They have been tested on thousands of people and, though side effects appear to be a little more pronounced than with traditional flu-shots, the vaccines appear extremely well tolerated. If symptoms appear, they are like similar to those after a flu-shot: mild fever, muscle pains and aches like with the flu and feeling “under the weather.” These symptoms mostly last for only 1-2 days and appear more frequently after the second booster shot than after the initial inoculation. The first two vaccines to come to market require two vaccinations, depending on the manufacturer, either 3 or 4 weeks apart.

Such long-term effects are much rarer than immediate side effects, but they do occur with almost every vaccine. Concerns have been expressed that at least some of the initial vaccines (Pfizer, Moderna) may cause more long-term effects and potentially still unknown effects because they were produced with a brand-new genetic production technology, never before used in vaccines. While in prior vaccines, an antigenic part of the virus is injected, eliciting a direct immune response against the virus, with this new method of producing vaccines, the patient is injected with something that makes the body produce an antigen of the virus, which then induces an immune response. Based on animal studies it appears unlikely that long-term effects will be different from other vaccine production methods. However, the truth is, we will not know for sure until long-enough follow up exists on patients who received these new vaccines.

A potential second issue of concern has been that the family of viruses to which SARS-CoV-2 belongs is known to produce in some individuals so-called enhancing antibodies. Those are antibodies that make viral diseases even worse because they disarm a big part of the immediate immune response against the virus.

Studies performed during the approval process, allegedly, have not demonstrated production of enhancing antibodies. But because such antibodies occur in only selected individuals with genetic predispositions, a final answer on this subject is also still outstanding, and the FDA can be assumed to follow up this issue very carefully.

How about pregnant and infertile women?

We are unaware that vaccines against the SARS-CoV-2 virus have been tested in pregnant women. If such tests have been performed, they have not been reported or even announced yet. The American College of Obstetricians and Gynecologists (ACOG) just announced that it is waiting for guidance from the FDA and, therefore, has not issued a guidance yet. The same applies to women in infertility treatments and children (to be further discussed below). Like ACOG, ASRM also has not issued a guidance yet. But extrapolations from greatly improved knowledge about the effects of the virus in pregnancy and from other related viruses can be made.

For example, as we reported in these pages, except for very rare exceptions, the virus does not cross the placenta; yet, if the mother obtains antibody immunity early in pregnancy, this immunity is, via IgG antibodies, transmitted to her offspring who is born with immunity to the virus. In other words, this virus behaves no differently in that regard than the common flu or other viruses. Offspring, therefore, will, likely, benefit if mothers are immunized either before or early in pregnancy. It is also reasonable to assume that like with flu vaccinations, such immunizations also will benefit mothers. The reason is that, like the flu, COVID-19 produces in pregnancy more severe disease in women than in the non-pregnant state (even though it does not increase mortality). We, therefore, would expect pregnant women to receive certain priority in being vaccinated.

Based on what is known currently, CHR, indeed, would recommend that all women in infertility treatment be vaccinated as early as possible and the same should apply to already pregnant women.

What studies have been done regarding children?****

So-far, there have been no studies of vaccines performed in children. Since risks to children from this virus infection are extremely low, such studies, likely, have had very low priority. More important studies are likely, addressing important questions, like should there be dosing differences between younger and older people (with flu vaccines, older individuals above age 60-65 require much higher dosing). Preliminary studies in older patients suggest no such differences; but it is still unclear whether that will remain the last word.

Children, therefore, as of this moment will not be vaccinated against SARS-CoV-2 virus and should under no circumstances be given an adult vaccine.

Should antibody-positive individuals consider being vaccinated?

What then about individuals who already were exposed to the virus and have anti-SARS-CoV-2 antibodies?

We were unable to find a clear answer to this question because the most likely answer is probably, “_it depend_s.” Immunity to the virus, likely, depends on the level an individual expresses, both in adaptive antibody immunity and in innate cellular long-term immunity. As has been reported, antibody immunity declines over time and may, indeed, completely disappear. What happens to long-term cellular immunity is less well understood because it is so much more difficult to study.

Though little information currently exists in the literature regarding this question, as of this moment, we would probably recommend vaccination for most people, even in presence of already existing antibodies. ****

As of this moment, CHR is unaware when vaccines will be received at the center. They have been ordered for staff and will be ordered for patients as soon as vaccines for pregnant and infertile patients is made available. Our estimate is currently that this should, likely, be the case around February 2021. As soon as we can make vaccinations available to patients, a notice will be posted in The VOICE and on CHR’s website, www.centerforhumanreprod.com.

This is part of the December 2020 VOICE!