Center for Human Reproduction Blog Did you know? April 2021 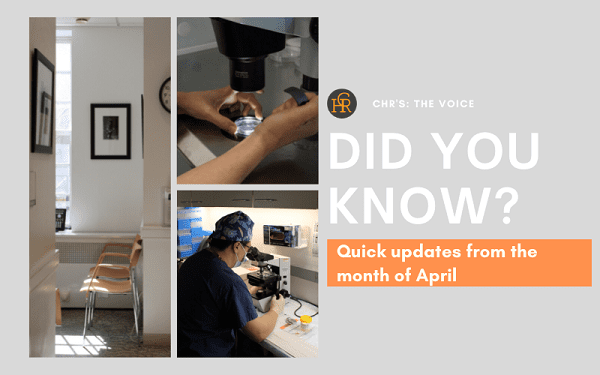 Are plastics and pesticides making us sterile?

Alarming news about declining sperm counts have recently made headlines in medical literature as well as lay media. That sperm counts have been declining has been known for decades; but the trend appears to accelerate, with a recent study reporting an approximately 50% decline. Already in 2017, a group of investigators from Israel and New York, after searching the published literature, concluded that the mean sperm concentration had been declining by 1.4% per year, coming to a whopping 52.4% between 1973 and 2011, while sperm counts declined by 1.6% per year and by 59.3% overall during the study period [Mann et al., Curr Opin Urol 2020;30(3):296-3010]. The renewed interest from the media can, be traced to publication of a book by Shanna Swan, PhD, a professor of environmental medicine and public health at the Icahn School of Medicine at Mount Sinai School of Medicine in New York City and science writer Stacey Colino, “Count Down: How Our Modern World is Threatening Sperm Counts, Altering Male and Female reproductive Development, and Imperiling the Future of the Human race.” The book points out that chemicals the modern world is spewing into the environment function as so-called endocrine disruptors, some of which “wash out” of our bodies (phthalate and bisphenol A), while others remain in the body (perfluoroalkyl substances.) (304pp. Scribner; $28). Endocrine disruptors are everywhere, from plastics to food packaging, pesticides, and cosmetics. Over the last two decades testosterone levels in men have, furthermore, decreased by 1% per year, with over 25% of men under age 40 already suffering from erectile dysfunction. Similarly, the book claims that miscarriage rates over that period have also increase by 1% annually, though, frankly, we are unaware what this claim is based on.

What about coffee during fertility treatments and in pregnancy?

One of the most frequent question we are asked by infertility patients is, “should we stop drinking coffee?” Checking on the common wisdom of the Internet, one must conclude that the answer is yes, because, in that domain, uniformly the word is out that coffee (even decaffeinated) reduces fertility. A recent meta-analysis, however, could find no serious evidence for such an assertion, even tough, as is the case with most such analyses, the authors noted that existing quality of evidence was low and their conclusions, therefore, should be treated with caution (Bu et al Women’s Health 2020;20:125).

Which bring us to pregnancy and the same question: How about coffee-drinking when pregnant? The Internet, of course, once again suggests an obvious no; but, fortunately, a group of U.S. investigators recently conducted a serious study on the subject. Caffeine consumption has in the past been associated with lower birth weights but one in medicine must always be cognizant that association does not necessarily mean causation. So, for example, coffee drinkers often also smoke. An observed association with coffee drinking, therefore, may not really be causally related to coffee drinking but to smoking.

Coming back to the recently published study on caffeine consumption in pregnancy, the investigators studied fetal growth in singleton pregnancies in relationship to maternal self-reported coffee consumption and caffeine as well as paraxanthine (its metabolite) levels in blood. Several covariates were considered but, most interestingly, not smoking (Gleason et al, JAMA Network Open 2021;4(3):e213238).

And, yes, the authors reported an effect of caffeine on neonatal anthropometry (the fancy word for body measurements): All in all, mothers who drank at least one-half of a cup of coffee per day, had offspring that were 66 grams lighter (95% CI, -121 to -10gm). The weight difference of newborns from women in 1st and 4th quartile in blood caffeine levels was (fatuously) a “whopping” 84.3 grams (P=0.04, not really a serious statistical difference, considering over 2,000 women took part in the study).

In short, an insignificant finding, once more demonstrating that common wisdom in medicine not always is what it pretends to be. But maternal coffee consumption in pregnancy could be investigated as treatment to counter steadily increasing newborn weights, contributing to rising Cesarean section rates and childhood obesity. In animal models caffeine, moreover, improves neurological impairment in premature infants, caused by hypoxia and asphyxia (Swinbourne AM et al., Anim Reprod Sci 2021;226:106700).

But shouldn’t we have known that coffee in moderation does not cause harm to fertility and/or offspring by simply looking at Italy, France and other countries were regular coffee-drinking is a national preoccupation? Maybe this is the reason these countries do not have the obesity problems we are facing here in the U.S. Therefore, let us drink more coffee, - at least until the next alarmistic paper is published!

How does stress affect reproduction?

The only question we hear more frequently than above discussed coffee inquiry is, “how does stress effect fertility and pregnancy?” For several reasons, answers are difficult to come by, not the least because stress is difficult to measure. Everybody suspects that maternal stress is “bad” for reproductive success; but, as of this moment, only limited information is available whether this assumption is correct and, if so, why? Children have been born in famines and even in concentration camps.

Therefore, publications on this subject are always of great interest to us, and we are lucky that within a few short weeks the journal Scientific Reports published two studies on the subject from two different research groups and viewpoints. A first paper from investigators at Ohio State University elucidated interesting data in a mouse model (Antonson et al., Sci Rep 2020;10;20288): It is widely accepted that at least one way how psychological stress potentially affects physical health is by inducing an uncontrolled immune response (not dissimilar to what happens in severe COVID-19), causing inflammation. How that exactly happens is not clear but adrenal production of glucosteroids (a normal reaction to “fight and flight”) is obviously immunosuppressive, while a chronic stress response by the adrenal cortex may lead to glucocorticoid insufficiency and, therefore, to release of glucocorticoid-controlled restrictions upon immune responses. This is, for example, how stress-induced flairs of autoimmunity and/or allergic attacks can be initiated.

In pregnancy, maternal stress is believed to induce fetal neuroinflammation that, in turn, induces aberrant neurodevelopment, held responsible for long-term mental health issues in offspring. Add to this the recent discovery of a metagenomic microbial gut-brain axis that strongly influences the, also only relatively recently discovered, immune system of the central nervous system, the authors hypothesized that they might be able to detect in stressed gestating mice detrimental inflammatory signaling at the maternal-fetal interface. As they expected, stress activated glucocorticoids that, as noted above, effected systemic immunosuppression, on the maternal-fetal interphase resulting in a decrease in density of placental mononuclear leukocytes. Yet, unexpectedly, peripheral blood revealed monocytosis and a characteristic MI shift. Microbial metagenomic analysis revealed reduction in genes, microbial strains and metabolic pathways of primarily proinflammatory nature. It, thus, appears that in situations of stress the fetus, in contrast to the rest of the maternal organism, is protected from an overwhelming inflammatory response.

In a more recent collaborative study investigators from The Netherlands and the U.S. (van den Heuvel et al., Sci Rep 2021;11:2228) investigated whether maternal stress during pregnancy in utero alters fetal cortico-cerebellar connectivity and sleep patterns. They now reported that increased maternal stress was, indeed, associated with increased toddler sleep concerns, actigraphy sleep metrics and with decreased fetal-cerebellar-insular connectivity. It is exciting to see that science is learning to quantitate effects of psychological stress on mother as well as offspring.

Pregnancy, the canary in the coal mine!

It has been known for decades that pregnancy is an omnipresent threat to any weakness in a woman’s body and is a universal stressor on every organ and body part. So, for example, gestational diabetes is highly predictive of later diabetes mellitus. Well-compensated heart disease frequently decompensates because of increasing vascular volume, etc.

Within this context it is also important to note once more that pregnancy represents a universal stress test, and not only for cardiovascular conditions. It is a stress test for diabetes mellitus and other metabolic diseases, for autoimmune diseases and can enhance breast cancer growth. It is for women the ultimate canary in the coalmine!

A very recent study in the British Medical Journal (Wang et al., BMJ 2021; PMID: 33762255) further emphasizes this point by reporting that all-cause mortality after 24 years of follow up was similar between women with and without miscarriages (1.24/1000 person years). In women with 3 or more miscarriages (1.47/1000 py) and with a first miscarriage under age 24 (1.69/100 py), mortality was, however, increased. After adjustments for confounders, any occurrence of a spontaneous abortion was associated with an increased hazard ratio of 1.19 ((95% CI 1.08 to 1.30) for premature mortality and even stronger for recurrent spontaneous abortions (1,95, 95%CI 1.17-2.15 for 3 or more abortions). Premature death was strongest associated with death from cardiovascular disease and was not related to premature death from cancer.

Having now through CPSA a law that legalizes gestational surrogacy, the waters surrounding the subject has remained surprisingly calm. Whether because of COVID-19 or whether the demand for gestational surrogacy is not as big as one might have anticipated because of surrounding states having had surrogacy laws forever, we have not seen a sudden huge demand. One reason may also be that the initially published CPSA had left many issues unresolved.

The CHR staff was, therefore, grateful to receive a short notice from Melissa Brisman Esq., the founder of Reproductive Possibilities, one of the country’s largest surrogacy agencies, in which she shared new information she had obtained from the New York State Department of Health: (i) a gestational carrier (surrogate) does not have to reside in New York State. (ii) In case s surrogate resides in another state, a different state’s surrogacy law is followed for the surrogacy agreement and parentage agreement, the medical procedure can take place in New York state, even if the surrogacy agency managing the process is not licensed in New York State.

In other words, The CHR can participate in a surrogacy process even if the process is managed by a surrogacy agency not licensed in New York state, if the gestational carrier does not reside in New York and surrogacy laws of another state are followed. We welcome interested patients and/or surrogacy agencies in other states who wish to work with the CHR!