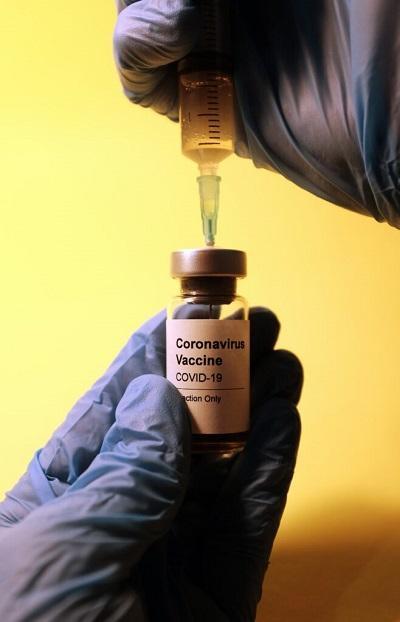 In December, *ASRM issued the first clinical recommendation from its COVID-19 Task Force which “did not recommend withholding the (anti-COVID-19) vaccine from patients who are planning to conceive, who are currently pregnant or who are lactating.”* On December 13, ACOG followed by announcing that, “pregnant women should be given a chance to get the COVID-19 vaccine.”

On December 16, 2020, nine professional organizations in Obstetrics and Gynecology, including ASRM and ACOG, issued a joint statement supporting strategies to protect health and wellbeing of our patients and healthcare professionals. They reemphasized how critical ongoing public health measures are, including distancing, masking and hand hygiene. Most importantly, the suggested that pregnant women consult with their physician about being vaccinated against COVID-19.

The November issue of this newsletter noted that neither professional organizations nor the FDA by that point had issued recommendations regarding vaccination of pregnant women but that CHR, based on interpretation of the literature on pregnant women with COVID-19, had concluded that women attempting to conceive and women already pregnant, in analogy to recommendations for influenza vaccinations, should be vaccinated against COVID-19. We are very pleased that this has, indeed, become the widely held opinion in the specialty and among infectious disease experts.

Getting COVID-19 while pregnant

THE VOICE has addressed this issue repeatedly in prior issues, pointing out the many similarities between influenza (the “flu”) and COVID-19. Both viral diseases appear to be more severe in pregnant than non-pregnant women, though, fortunately, mortality is not increased. Both viruses also only rarely pass through the placenta into offspring. A very recent study again confirmed these facts but, in addition, also offered further evidence that mothers infected by COVID-19, once they develop antibodies against the virus, pass those antibodies through the placenta to their fetuses to much smaller degrees than in influenza infections. Newborns in such cases, therefore, are born with less immunity (from the mother) against COVID-19 than they would receive in maternal influenza infection. (Edlow et al., JAMA Network Open 2020;3(12):e2030455). 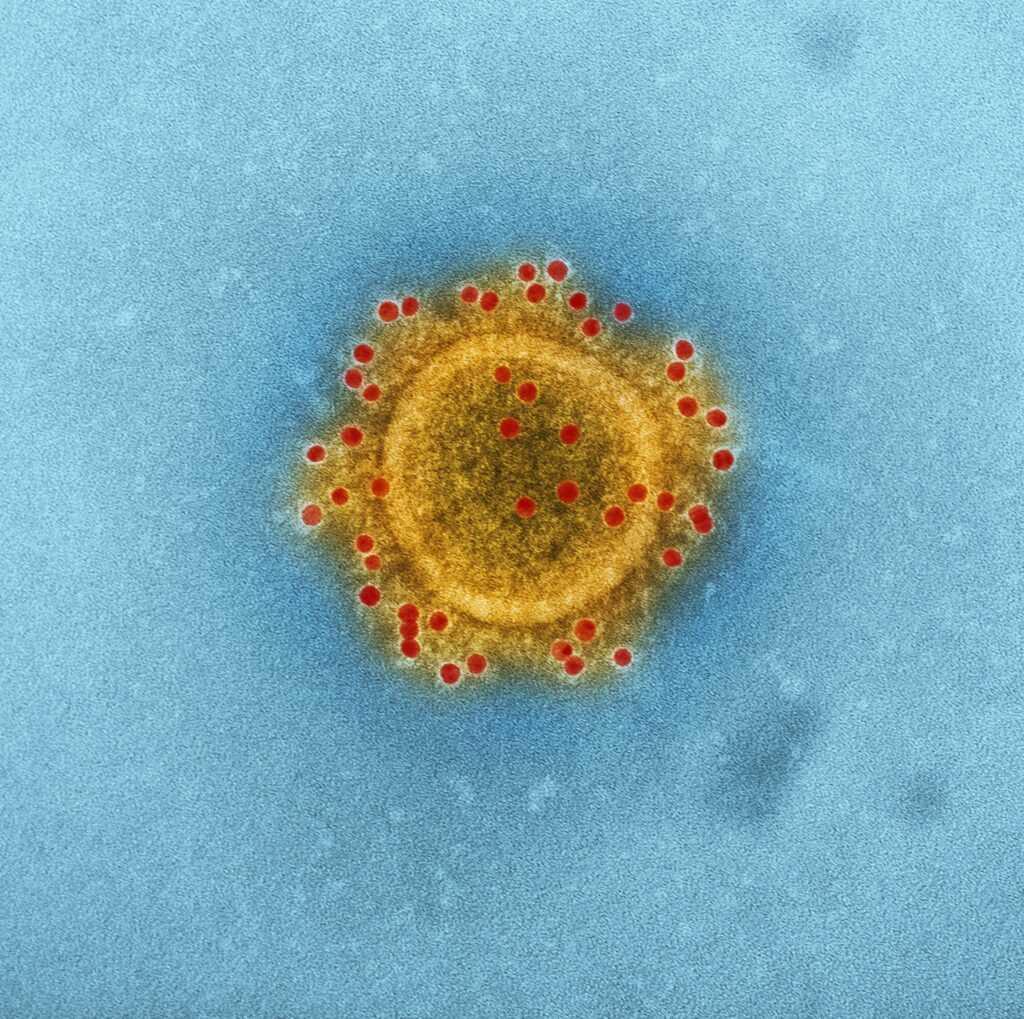 COVID-19 has been one of the leading themes of THE VOICE during 2020 and will likely continue in the headlines for some time to come. Here is a story previously raised a few times in these pages, surrounding the only very recent recognition that our immune system fights viruses not only via adaptive antibody-mediated immunity but also through an innate cellular immune response which in contrast to antibodies, is not highly specific but demonstrates cross-reactivity with similar viruses. Steady readers of THE VOICE will also recall that CHR’s Medical Director and Chief Scientist, Norbert Gleicher, MD, in the November issue described how he, suddenly and unexpectedly, found himself to be antibody-positive, even though he in regular testing never tested positive for the virus.

One of the possible explanations why he never fell sick while obviously exposed to the virus, was the fact that, growing up in Europe as a child, he was immunized with BCG against tuberculosis. Now, two interesting studies were published, further exploring this theme: In one study, investigators demonstrate that prior BCG vaccination history was, indeed, highly associated with decreased SARS-CoV-2 seropositivity across a diverse cohort of health care workers (Rivas MN et al., J Clin Invest 2020; https://doi.org/10.1172/JCI145157). In a second study, investigators observed the same phenomenon in association with prior viral infections with different endemic coronaviruses (Sagar et al., J Clin Invest 2021;131(1):e143380). Quite a variety of prior viral exposures, therefore, appear to modulate our long-term antiviral immunity and probably, ultimately determine why some people get infected and others with identical exposure do not.

Considerable concern has been expressed about two variants of the SARS-CoV-2 virus, the so-called British (B.1.1.7) and the so-called South African (B. 1.351). Mutations of the SARS-VoV-2 virus are nothing new. Thousand of such mutations have, indeed, been reported since the pandemic started but all these variants were very different in that most involved only 1-2 mutations. B.1.1.7 involved 23 mutations, including 8 involving the gene of the spike protein of the virus with which the virus attaches to human cells. The B1.1351 variant contains a mutation known as N501 that also exists in the British variant and is believed to make the virus more infectious/contagious. The South African variant, however, also contains a unique mutation, called E484K, which is suspected to have changed the shape of the viruses’ spike protein. This suspicion is of major concern because scientists have expressed the fear that this change in spike protein may make this strain resistant to current vaccines. This concern does not exist regarding the British variant.

The British variant has already been reported in the U.S. and is by March expected to replace the currently dominant G641 variant in the U.S. that had taken over from the initial wild type Chinese D614 variant. It, however, appears only a matter of time before the South African variant is also detected in the U.S. It, indeed, is likely already here since it has already been reported in at least 10 countries. In the meantime, the _FDA _has warned that these new variants of the virus may lead to false-negative COVID tests. The race, therefore, appears to be on between the virus’s ability to mutate and mankind’s ability to vaccinate enough of its population to eradicate the virus. More likely, however, we will have to learn to live with this virus at an endemic level.

Controversy regarding face mask*: Why social media are making things only worse 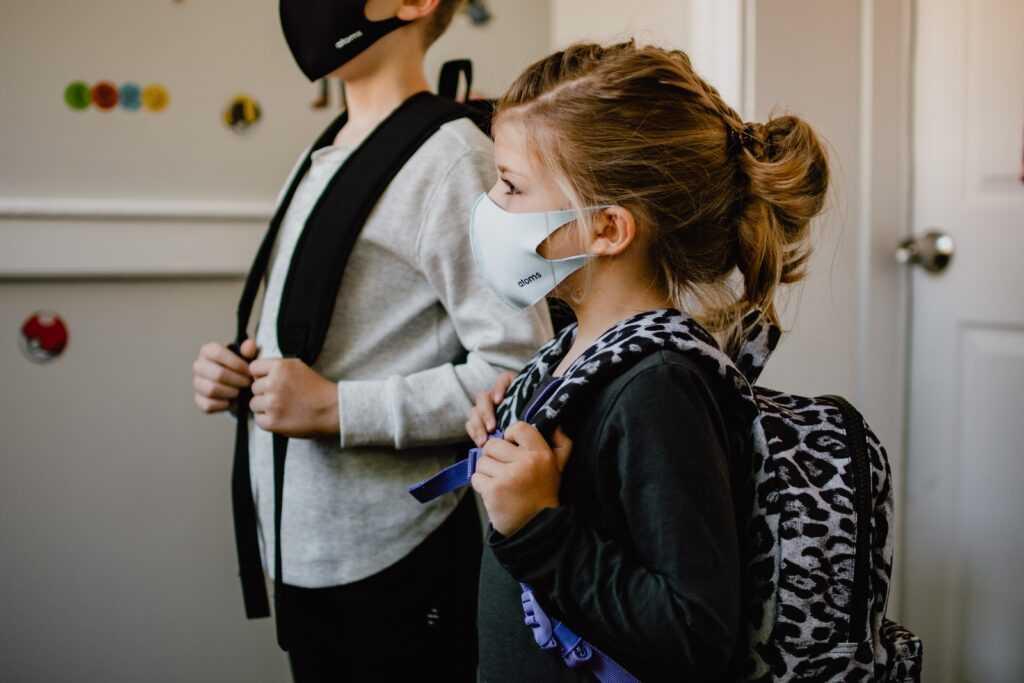 Whether face masks are protective against COVID-19 has not only generated political discourse here in the U.S. and in Europe but has also been subject of increasing discussion within the medical community. It all started with the so-called Danish mask study (DANMASK-19 trial by Bundgaard et al., Ann Intern Med 2020;M20-6817) who in a very well designed prospectively randomized study of considerable size (representing the gold-standard of evidence generation in clinical medicine) reported to have found no evidence that masking reduced COVID-19 risk.

Demonstrating how biased even leading medical journals can be when studies lead to unconventional conclusions, the authors had difficulties finding a credible journal that would publish their study. For obvious reasons, once published in a prestigious journal, the study caused worldwide uproar and was labelled by Facebook as “false information” because the authors, seemingly, clearly demonstrated that “masks don’t work.” Some scientists, however, argued that the authors misinterpreted their own data, which really offered inconclusive rather than negative results.

But, as scientists well know, studies do not necessary end with data accumulation and analysis; often the most important part of a study is how the results are interpreted. And this is where one in science can disagree, without either side being right or wrong, until further studies are conducted to resolve the disagreement. To further explore this point of universal importance at a time when, seemingly, the whole world is constantly arguing about what represents truth or “fake news,” we strongly recommend an editorial regarding the Danish study by Kamran Abbasi, MD, executive editor of the British Medical Journal (BMJ, 2020;371:m4586), one of the world’s most prestigious general medical journals.

Like he, CHR does not believe that the conclusions of the Danish study were correct. The best evidence that masks, indeed, do prevent viral contaminations in our opinion, however, does not come from COVID-19 studies but from the remarkable decline of infections with the influenza virus the whole world has experienced since we started using face masks for protection from COVID-19. Neither the southern hemisphere before us, nor we in the northern hemisphere, have basically witnessed any significant uptick in influenza, as is usually seen during the winter months. There, simply, is no other credible explanation for this observation but that face mask and distancing, seemingly, have been even more effective against the flu than against COVID-19.

Abbasi, in our opinion arguing correctly, notes that, “Facebook (and other social media giants) in particular purports to allow freedom of speech on its platform but acts selectively, seemingly without logic, consistency, or transparency. That is how control of facts and opinions furthers hidden agendas and manipulates the public.” And, if we can add to this, social media are not qualified to determine what represents truth in medicine or science because scientific truth constantly changes, as we learn new evidence.