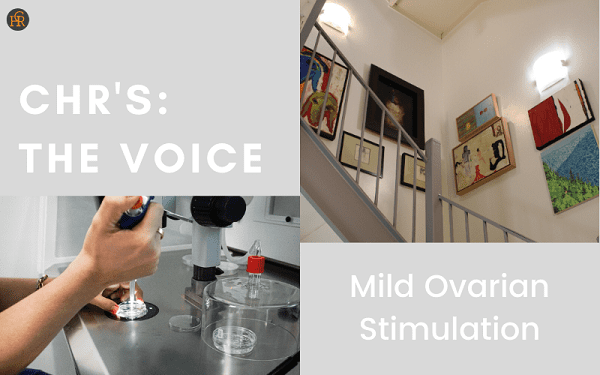 Two prominent voices in the fertility field known as longstanding supporters of mild ovarian stimulation were at it once again (Nargund and Fauser, Reprod Biomed Online 2020;41:569-571) when publishing an editorial with the rather astonishing title: “Mild ovarian stimulation for IVF is the smartest way forward.”

The first question that comes to mind is who were the reviewers for this manuscript? But then it turns out that one of the authors, of course, is the editor-in-chief of the journal where the editorial was published. For several reasons it, therefore, wouldn’t surprise if there had been no peer review because: (i) Who can objectively review the submission of a journal’s editor-in-chief? (ii) The argumentation in favor of mild stimulation was literally absurd, when suggesting that “COVID-19 has been a wake-up call to reduce ovarian hyperstimulation syndrome (OHSS) (by stimulating mildly) to avoid hospital admission and an increased burden on public health care services (during COVID-19).” (iii) Highly selective citation of the literature usually does not pass peer review!

Most astonishing is, however, the obvious clinical ignorance of current IVF practice reflected in this piece: Well managed IVF programs have reduced hospitalizations for OHSS to almost zero in recent years. It seems bad enough that politicians all over the world have been misrepresenting their often-irrational activities regarding COVID-19 as “following the science” in pursuit of at times ridiculous policies. Are we now ready to do the same in the practice of medicine? Are we seriously willing to propose to our patients that, because of COVID-19 concerns, they should accept lower pregnancy rates? Isn’t that exactly what mild stimulation means and does!

By selectively quoting the literature, the two authors are misrepresenting the indisputable fact that pregnancy rates with mild stimulations are significantly lower than with standard stimulations. They should just look at the Japanese experience where the Kato protocol, the first large scale application of mild stimulation on an almost national scale, reduced pregnancy rates by two-thirds, and brought Japanese IVF pregnancy rate to be the lowest reported national rate in the world, even though the country, is leading the world in basic science investigations in reproductive biology. Concomitantly, Japan tripled the number of cycles to compensate for the lost pregnancies. Who in the world would want to start three-times as many cycles to achieve similar cumulative pregnancy rates?

The concept of mild stimulation, so forcefully argued by Nargund and Fauser, is nothing but another “add-on” to IVF, as many others propagated over the last decade by prominent voices in the field without any serious evidentiary underpinnings. It appears that those who promote these unvalidated and, often outright illogical new practice patterns, no-longer consider achieving pregnancies a fertility center’s primary responsibility. Does it really serve the common good, as the authors are trying to argue, to prevent one serious case of OHSS a year but, by doing so, lose at least a third of our live birth rates in IVF? We don’t think so!

But this is exactly what has been going on over the last decade in IVF. In the U.S. (and elsewhere) IVF live birth rates in non-donor fresh IVF cycles have, especially over the last few years, dropped precipitously. There is no other explanation for this development but that changes introduced to IVF practice during these 10 years are responsible. The story is always the same: A prominent voice in the field or a small group of likeminded individuals have a “brilliant” idea and start promoting it, simply because it is such a “brilliant” idea. Sometimes, it is just the ego that drives the effort; at other times, the idea may offer financial benefits and, slowly, a new, completely unvalidated practice, makes it into the mainstream of IVF. Once in the mainstream, even ASRM will accept the practice change, arguing, as the organization did when declaring “planned” egg-freezing no longer experimental, that there was sufficient patient demand and there were enough physicians as willing service providers. In other words, the criteria for doing something new in IVF, no longer appears to be that the new activity improves IVF outcomes but that there is demand for it and providers are ready to charge for the services.

So-called “mild” stimulation is a good example; but only one among many and has been in the IVF field for decades under additional acronyms, such as “natural” or “mini” IVF. Yet, under any of these names, not a single study has ever been able to demonstrate clinical superiority or even only equivalence with standard ovarian stimulation protocols.

How come, the practice then continues, one then may ask? In most of these cases there usually is, unfortunately, no good answer. Some colleagues may be smitten by a great-sounding idea, and do not understand that an idea is only a hypothesis that still must be confirmed. Scientists understand that most wonderful sounding hypotheses under strict experimental condition cannot be confirmed and fail. Most drugs, pharma companies, after excruciatingly intense selection processes, take with huge costs into clinical trials, end up failing in more than a 10:1 ratio. In IVF, we, however, appear to have forgotten this!