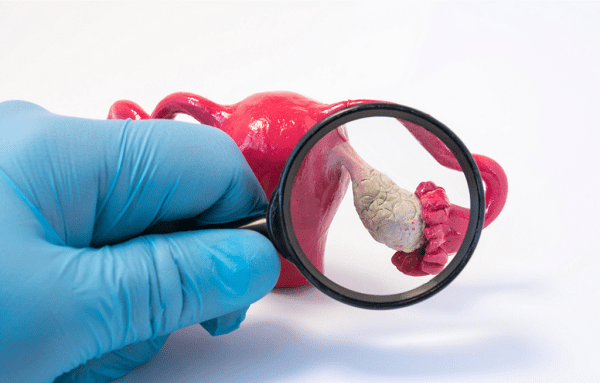 No question in IVF has been as thoroughly investigated as this question and the repeated answer has practically always been the same: there is no evidence that even large numbers of repeat IVF cycles increase cancer risks! Only one study years ago suggested that one kind of ovarian cancer may occur more often after a woman experience more than 12 treatment cycles with the oral fertility drug clomiphene citrate. Where the authors found enough patients with 12 or more such cycle has remained a puzzle because who would be so ‘insane’ and treat a patient with so many clomid cycles?

Breast and ovarian cancer are the two cancers most concern has been expressed over. As both show a predeselection for Ashkenazi-Jewish women, this concern was particularly acute in Israel, where women, on a per-capita basis, undergo more IVF cycles than anywhere else in the world because the government covers all expenses up to three children. Studies in Israel involving genetically high-risk patients, often undergoing cycle numbers reaching into the 20s, uniformly demonstrated no impact from IVF and/or cycle numbers if studies were properly controlled.

Now comes yet another study, based on a national data set from The Netherlands (Spaan et al., J Natl Cancer Inst 2020; doi: 10.1093/jnci/djaa163). Investigating 30,625 sub-fertile women who were treated with IVF and 9988 sub-fertile women not treated with IVF for occurrence of ovarian cancer and for occurrence of borderline ovarian tumors. As expected, IVF treatment was associated with more ovarian cancers and borderline ovarian tumors than a fertile control population demonstrated; but there was no difference in cancer findings between infertile women, either treated with IVF or not. Mimicking earlier noted clomiphene citrate study from decades ago which also suggested an increase in borderline tumors, those were statistically slightly increased also in comparison to infertile women who had not undergone any IVF.

The authors, as many studies before concluded, increased ovarian cancer risk observed in IVF patients compared with the general population is likely explained by nulliparity (no prior children) rather than IVF treatment. Because there was no dose-response observed (i.e. number of IVF cycles) either for ovarian cancer or borderline tumors, the authors recommended cautious interpretation of the borderline tumor results.

CHR in principle agrees with this interpretation; our interpretation, however, is in addition, especially because potentially similar to the earlier clomiphene citrate data, an association with risk for so-called borderline tumors cannot be completely ruled out. But even should there be such an association, borderline tumors are generally treated successfully. A more likely explanation, however, is that women undergoing IVF have more ultrasounds than women without treatments and, therefore, will more frequently be diagnosed with borderline tumors (they are usually diagnosed by ultrasound). Either way, we consider this Dutch study yet more evidence for the safety of IVF, even after large numbers of cycles.

This article is part of the February VOICE